Sexual minorities and the police

During the period 1894–1971, the Criminal Code of Finland prohibited homosexual acts. The police did not actively monitor homosexuals and only seldom received information on homosexual relations taking place. Offenders were discovered mainly if caught in the act or reported to the police by the public. Young and enthusiastic police officers occasionally took the initiative to investigate these cases.The vast majority of people who were penalised for homosexual acts were men. Unchaste behaviour among women was regulated by the Vagrancy Act and the lower socioeconomic status of women at the time.

Archival sources on crimes involving members of sexual minorities are scarce and fragmentary. Examination records written by the police indicate that police officers were unsure of how to handle cases involving homosexuality. Any evidence left on the crime scene was usually insufficient for the offender to be prosecuted, and there were typically no eyewitnesses. Police were not instructed on the investigation of crimes against chastity during their training, and textbooks on criminal law rarely dealt with the topic. Perpetrators were mainly prosecuted based on their confessions.

The unwillingness of the police to react does not mean that the police were favourably disposed towards sexual minorities. Rather, the police lacked resources to spend on this kind of offences.

Vice squads based their work on the Vagrancy Act of 1936. Vice officers typically wore plainclothes while keeping an eye on the public at railway and bus stations, in parks and restaurants. Those kept under surveillance included alcoholics, homeless people, vagrants and occasionally homosexuals. In the photograph, Constable Lea Saarinen is monitoring vagrants. 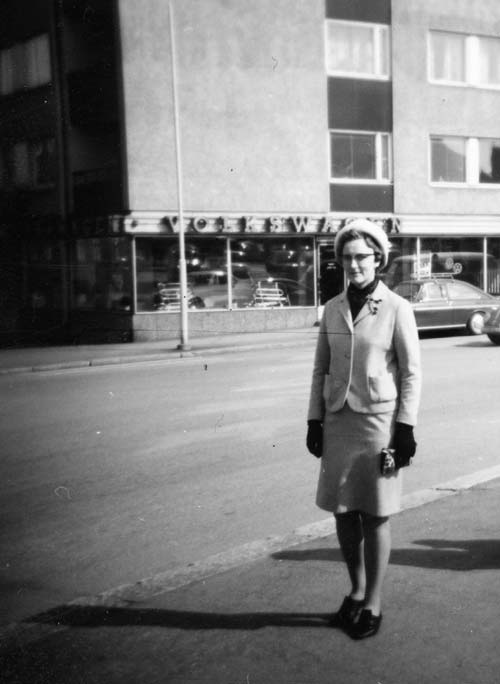 Police training in Finland is organised by the Police University College in Tampere. The curriculum includes a module titled “Police, Individual and Society” that focuses on human rights and the ethical foundation of police work. The studies also include reflection on how attitudes within the police force influence the professional work of the police and what role these attitudes play in society as a whole.

Education on the diversity of sexual and gender minorities and how to work with them is organised in the form of guest lectures by external educators. Often, police students have been the ones to actively take the initiative to request such lectures. The police education campus has collaborated with Seta’s regional association in Pirkanmaa since the early years of the 21st century. However, so far education on sexual and gender minorities has not been fully integrated into the police education curriculum, and there is currently no contact person for this training at the Police University College.

Education on sexual and gender minorities offers skills of practical relevance in police work, enabling police to encounter members of the public with an attitude of equality and non-discrimination. As organized today, however, education on these topicsis not necessarily included in police education unless actively brought up by individual teachers and guest lecturers, and there is no guarantee that the topics are explored every academic year.

It would be beneficial if each police unit (particularly after the organisation reform that divides the country into some one hundred regional units) had an officer appointed to work on cases involving sexual and gender minorities. This would make it easier for members of these minorities to contact the police when subjected to crimes. The police could build more active ties with the local community of sexual and gender minorities to increase its trust in the police. This would facilitate the investigation of these crimes.

Police work involving sexual and gender minorities and attitudes toward them within the police force are topics that have rarely been explored in student research projects at the Police University College. By studying these issues in greater detail, the police can show their intention to take crimes directed against these minorities seriously.

Sexual and gender minorities in the police force

In the 1970s, prospective police cadets would sometimes be asked about their sexual orientation, and many of those belonging to sexual minorities felt that they had to hide this part of their identity in order to be accepted. Even decades later, there could be comments about how homosexuality might make it more difficult for police officers to work and develop in their careers.

Experiences of having been discriminated against have been reported within the community of rainbow police. I have heard a story about an applicant to the police school who had, during the interview that was held before the entrance exam, openly told the deputy police chief about living in a homosexual relationship. In response, the deputy police chief had said that it was important to assess the “quality” of those applying to the police force already at this early stage. Although the applicant was accepted to the programme and even managed to receive a scholarship for being the best student in the class, a feeling remained in the officer’s mind that being a homosexual had clearly been considered a negative trait during the application process.

In the 1970s, the course materials and the instruction did not always take into account the most recent developments and research regarding homosexuality. For example, a textbook used until 1974 included dated information on the recently abolished prohibition of homosexual acts.

Our textbook on the investigation of crimes had been written by someone who had been a police officer during the war and directly afterwards. The textbook stated that homosexuality was an illness and a crime that had to be intervened against. It was ridiculous in a way. The topic was not further discussed during police training, and the teachers said nothing about it. – – I never did anything about this, fearing negative consequences.

Those deviating from the masculine norm of Finnish policemen could be discriminated against during their careers. Also, some police officers who did not speak Finnish as their first language or were of foreign background were held in lower regard. Female police officers were discriminated against by giving them less popular assignments or preventing them from attaining higher rank.

Most police officers are either favourably or neutrally disposed toward sexual and gender minorities. However, some of the few who feel differently are outspoken and make their voices heard.

A clear shift in attitudes occurred in the early 21st century. Instead of being asked about their sexual orientation, applicants could now be asked how they felt about workmates belonging to sexual minorities. Unlike previously, recruiters now wanted to find out about possible prejudice among applicants. By this time, it was recognised that prejudice had led to conflicts that could be avoided by rooting out such attitudes from the police force already during recruitment.

Many members of sexual minorities have worked in various positions in the police force. Leaders in the workplace in particular play a key role in promoting tolerance regarding sexual minorities.

Being homosexual does not influence how one does one’s job. All officers do their best to complete their tasks. We can disregard homosexuality, and sexuality in general, as a factor in police work since it makes no difference in this respect.

The group Rainbow Police of Finland was formed in 2017. The Discrimination Ombudsman had requested an inquiry into the situation of sexual and gender minorities within the police force. Following this, a group for peer support and promoting equality was formed on social media. Although initially a closed group, it eventually proved to have great influence. The group was formally organised as an association in 2020.

Now there is an association that dares to dissent if members of the police force are discriminated against because of their homosexuality or sexuality in general. I believe that we have only now begun to move in a better direction, although it is true that attitudes have improved everywhere in society. Previously there was a lack of courage and tools to protest against police officers who engaged in discrimination. 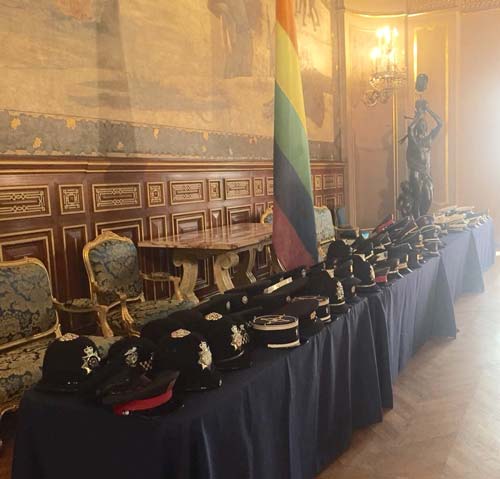 EGPA, the European LGBT Police Association, is the European umbrella organisation for associations promoting the rights of sexual and gender minorities in the police forces of various countries. EGPA assists its members in work to strengthen equality. The 2018 EGPA Convention was held at Paris City Hall.

One important aspect is that we want to strengthen public trust in the police. When the police force proves to be a diverse community to work in and strives to promote equality for everyone, this will be seen as positive from an outside perspective as well.